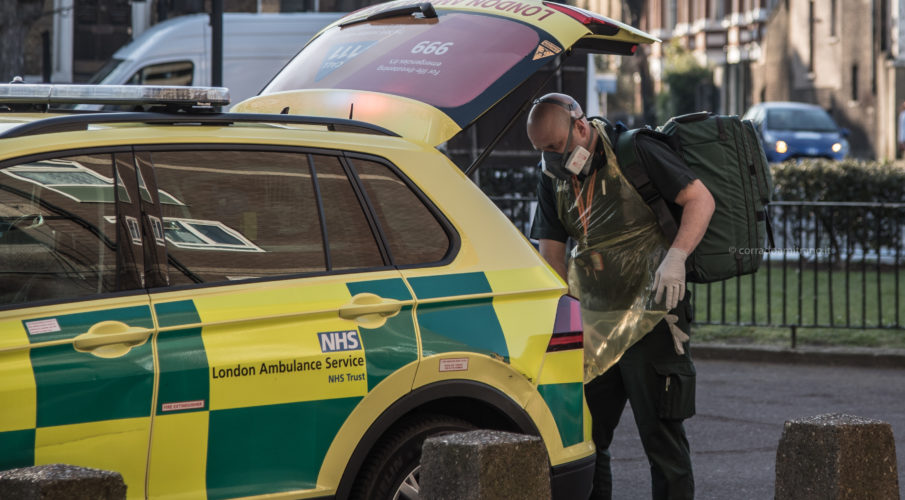 NHS: London’s Heroes in at the time of the corona virus

The number of deaths from Covid virus 19 is growing: 3.377 deaths

Army, police and pest control: this is how the government are combatting the spread of Covid19

Citizen’s Answer: We stay home but not full day

Food for London Now: This is how the solidarity machine activated

They are traveling around the capital without stopping, without hesitation. The NHS machine has activated. 5 temporary hospitals were created out of nowhere at an impressive speed. 10.000 beds equipped with intensive care ventilators.

Ambulances, doctors and paramedics are engaged between hospitals and home controls in order to treat, census and contain the spread of the Corona virus.

In the UK, the peak of the spread of the Corona virus has not yet been reached, but we are fast approaching: 100.000 cases of contagion and only 153 deaths have occurred since yesterday, bringing the total number of victims of the infection from Covid19, 3.377.

The North West University Trust in London, which manages the hospitals of Harrow, Brent and Ealing, now has the highest number of deaths, 350, related to the coronavirus so far registered in the city.

Only the University Hospitals Birmingham NHS Trust has more deaths in England with 505 coronavirus-related deaths.

The grip of the lockdown around the capital also tightens. The British army and police are on the street to avoid gatherings of two or more people and in the meantime the disinfestation of the streets from the main neighborhoods to the suburbs continues.

Although the streets of London are deserted and most of the residents are respecting the government’s advice on “Stay at home”, there are still many people who didn’t  follow the invitation launched by Prime Minister Boris Johnson, currently infected by the virus but no longer in intensive care, and despite the necessities have returned to the shelves of supermarkets, long queue of consumers continue to form along the sidewalks of the city.

An appeal was enough for a campaign to collect food for the less well-off, and in just 24 hours over 850,000 pounds were collected. Food for London Now, the Evening Standard campaign thanks to which Tottenham Hotspur stadium has been transformed into the first hub of the community.

Many volunteers wearing latex masks and gloves are busy preparing food packages to distribute to the most vulnerable Londoners.